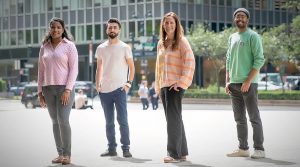 This breakthrough resulted from an experimental immunotherapy study conducted at Memorial Sloan Kettering Cancer Center in New York City. The results were published in the New England Journal of Medicine in June.

“Immunotherapy harnesses the body’s own immune system as an ally against cancer,” according to the center.

The clinical trial researched if immunotherapy alone could beat rectal cancer that had not spread to other tissues.

All patients in the trial had stage II or stage III rectal tumors that contained a specific genetic mutation. This mutation is known as mismatch repair-deficient (MMRd) or microsatellite instability (MSI).

The patients were given the checkpoint inhibitor dostarlimab (Jemperli) intravenously every three weeks for six months.

Researcher Luis Alberto Diaz, MD, said the tumors were closely tracked using “imaging, visualization such as endoscopy, as well as other methods.”

The center reported in every case that the rectal cancer disappeared after immunotherapy. “The cancer has not returned in any of the patients, who have been cancer-free for up to two years,” according to the center.

None of the patients underwent standard treatment options — radiation, surgery or chemotherapy.

About 45,000 Americans are diagnosed each year with rectal cancer. Between 5 and 10 percent of all rectal cancer patients may have MMRd tumors, according to the center’s website.

In addition to MMRd tumors, eight of the patients in the study had Lynch syndrome. Lynch syndrome is “an inherited condition that puts people at significantly higher risk of rectal, colon and other cancers.”

Both MMRd and Lynch syndrome made these patients’ cancer particularly sensitive to immunotherapy, according to the center.

“Lynch syndrome is associated with poorer outcomes from chemotherapy and surgery,” according to the center.

“Our first duty is to save our patient’s life,” said researcher Andrea Cercek, MD.

A second goal was to preserve patients’ quality of life. Rectal cancer patients who undergo surgery, radiation and chemotherapy can experience side effects. These side effects could include bowel and bladder dysfunction, incontinence, infertility and sexual dysfunction.

“This approach, if the results are confirmed, holds out the hope of cure without the need for potentially toxic therapy and the need to tolerate long-term negative treatment consequences in order to achieve a cure,” said Dr. Diaz at the 2022 American Society of Clinical Oncology Annual Meeting.

The cancer center plans to continue the research study, ultimately enrolling 30 patients. Follow up will be needed to determine if these results are long lasting.

Hanna K. Sanoff, MD, MPH, at the University of North Carolina Lineberger Comprehensive Cancer Center, shared her thoughts on the results: “These initial findings of the remarkable benefit with the use of dostarlimab are very encouraging but also need to be viewed with caution until the results can be replicated in a larger and more diverse population” (Medical Xpress).

The American Cancer Society (ACS) estimates more than 150,000 individuals will be diagnosed with colon and rectal cancer in 2022.

More than 52,000 will die from the disease this year, according to the ACS.

In the United States, colorectal cancer (CRC) is the second-leading cause of cancer death.

CRC is one of the most preventable cancers through timely screenings. The disease often begins as a growth, called a polyp, inside the colon or rectum, according to the National Cancer Institute.

Leading health organizations now recommend screenings starting at age 45, not 50, for all average-risk individuals. People at high risk or who have a family history of the disease should be screened earlier.

Many screening methods are available for CRC, but a colonoscopy is the gold standard. Colonoscopy can both detect and even prevent CRC. During this procedure, a doctor can find and remove polyps in the colon (large intestine) or rectum before they become cancerous.

Most health insurance covers colonoscopy as a preventive screening or as a follow-up to evaluate a positive stool-based test. Patients aged 45 and older should check with their policyholder about this coverage.

When CRC is found at an early stage before it has spread, the five-year survival rate is about 90 percent. Our doctors perform colonoscopy screenings at surgery centers around the country. Schedule an appointment today.